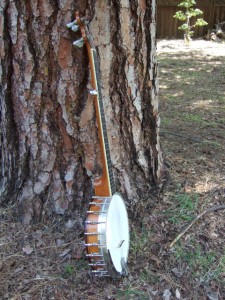 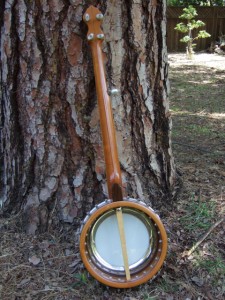 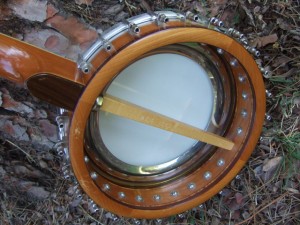 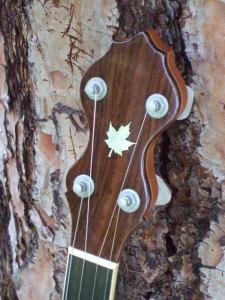 My memory was spotty, but Kate’s record system filled in some of the gaps. Apparently it was 1977, and I’d negotiated my first real job for the following Fall. The anticipated bump in income meant that I could consider replacing the banjo I made for myself while still in high school (1965) by one made by someone who knew what they were doing. A small store (Sandy’s) on Mass Ave in Cambridge, MA had a selection of Arthur E. Smith banjos. Of the three basic designs, the Maple Leaf called to me. It rang out as I imagined it should. (The subtlety of the internal resonator was lost on me then. It also cost quite a bit more — a bargain for the work involved but a big step for someone still counting pennies.) Kate notes that on my warranty card it notes I said that the one I purchased was “absolutely delightful.”

That was the only banjo I played for many, many years, only in recent times falling prey to a fascination with how banjos work and how they develop their individual voices. But the Maple Leaf remains absolutely delightful.

View all posts by kate spencer →